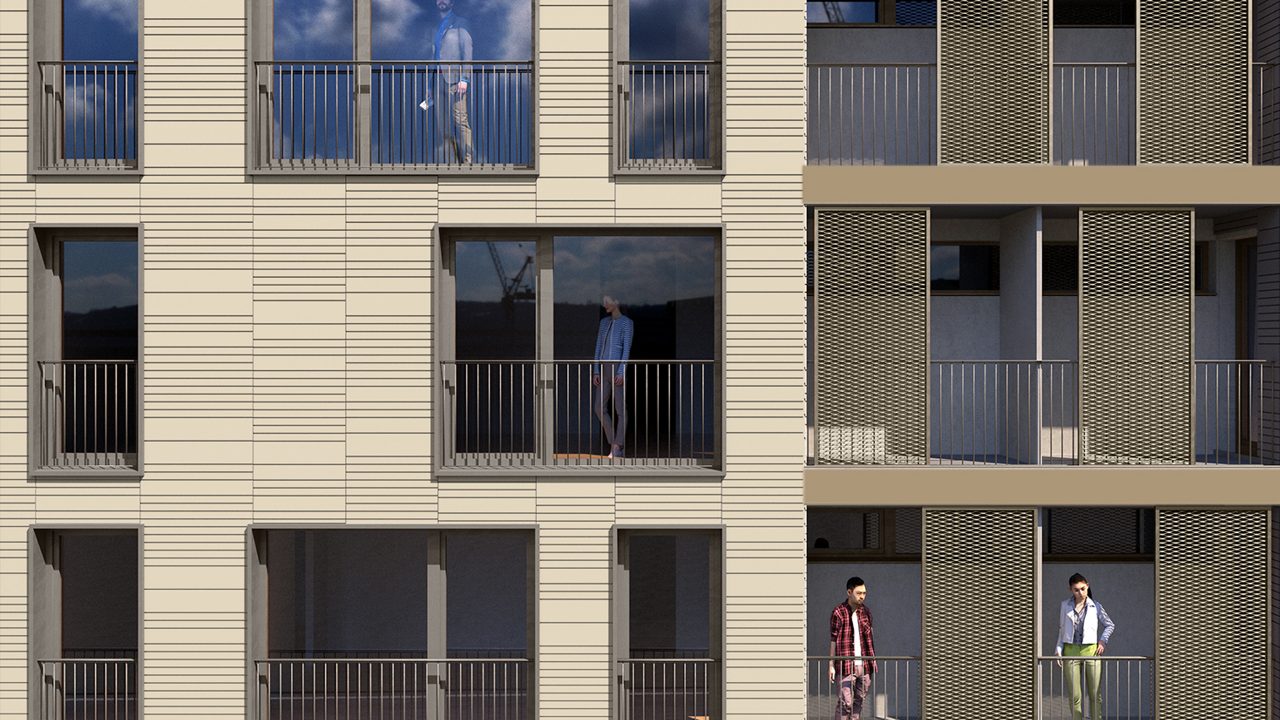 A kind of town house atmosphere is created in Eduardgasse with many different open spaces and offers for future tenants.

Bright, light-flooded apartments can be found both in the street wing to Eduardgasse and in the courtyard wing, which can be reached from street level via its own passage. The apartments, which are mainly oriented to the west and / or east, are compactly designed and have balconies, loggias or terraces. 14 apartments have their own tenants’ gardens, which are between 15 and 45 m2 in size. The green inner courtyard, which connects the living quarters, offers future tenants both a children’s playground and 65 bicycle parking spaces, which are housed in a pergola. In addition, the entire flat roof of the courtyard house will be designed as a community garden with a playground for young people and a running track.

In general, the entire ensemble appears in light materials. The loggias of the ground floor apartments facing the street are protected with flexible expanded metal elements. The facades are divided into small pieces with Argeton clinker, which underlines the town-house character.

The six-storey street wing exudes an urban effect, but the courtyard wing is low with 2 floors and offers an unobstructed view and reference to greenery through its green roof landscape. General green areas and raised beds are offered for the community of residents.

The entrances to the building, the corridors and staircases as well as the apartments themselves will be equipped to a very high standard. The windows are also fitted with external blinds as privacy and sun protection. 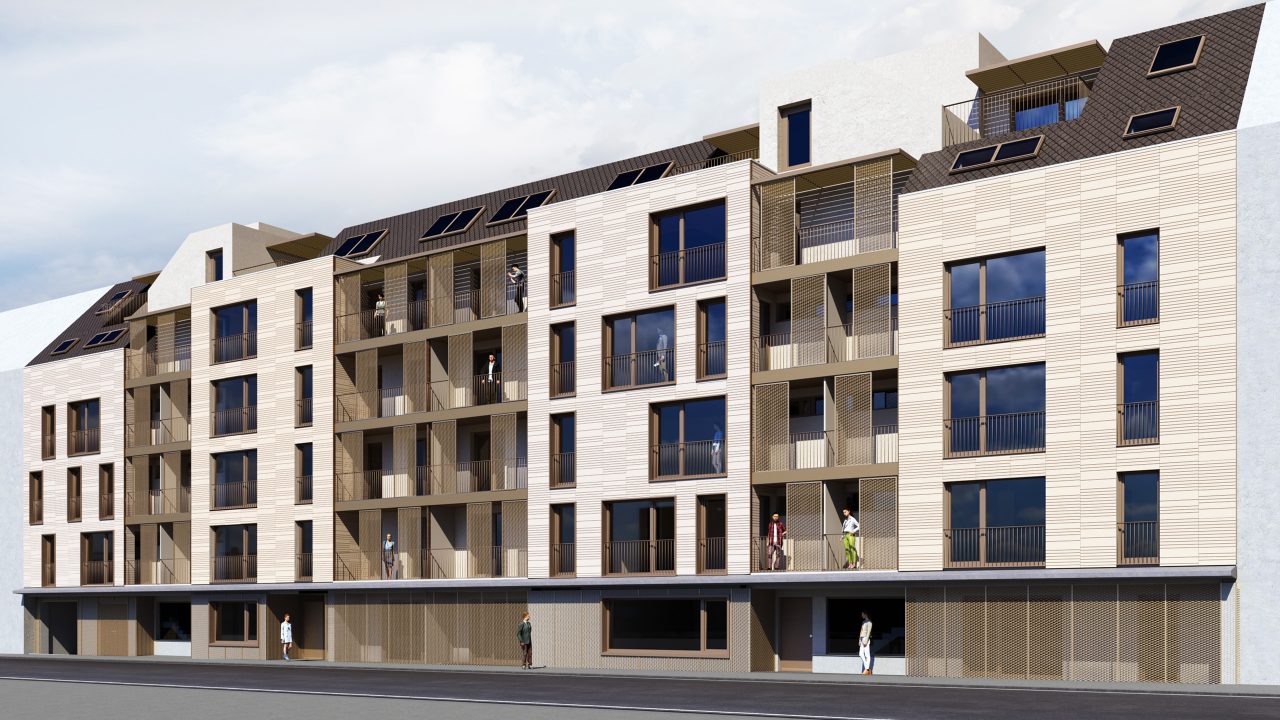 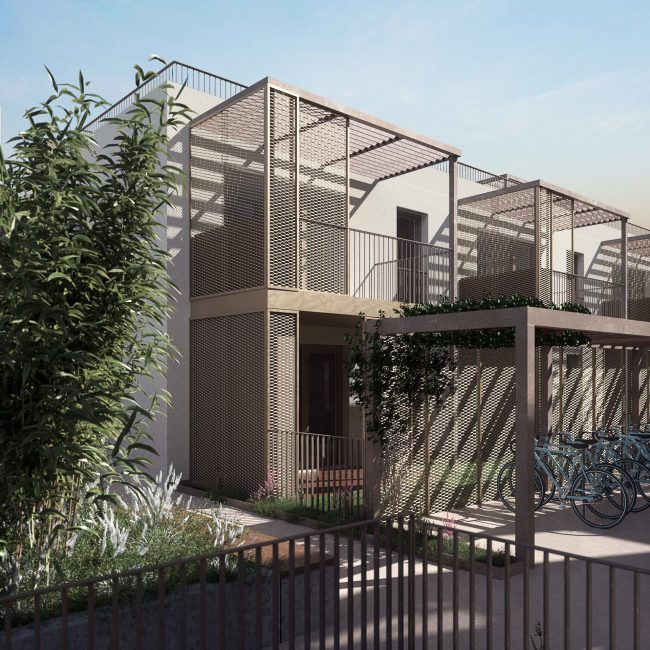