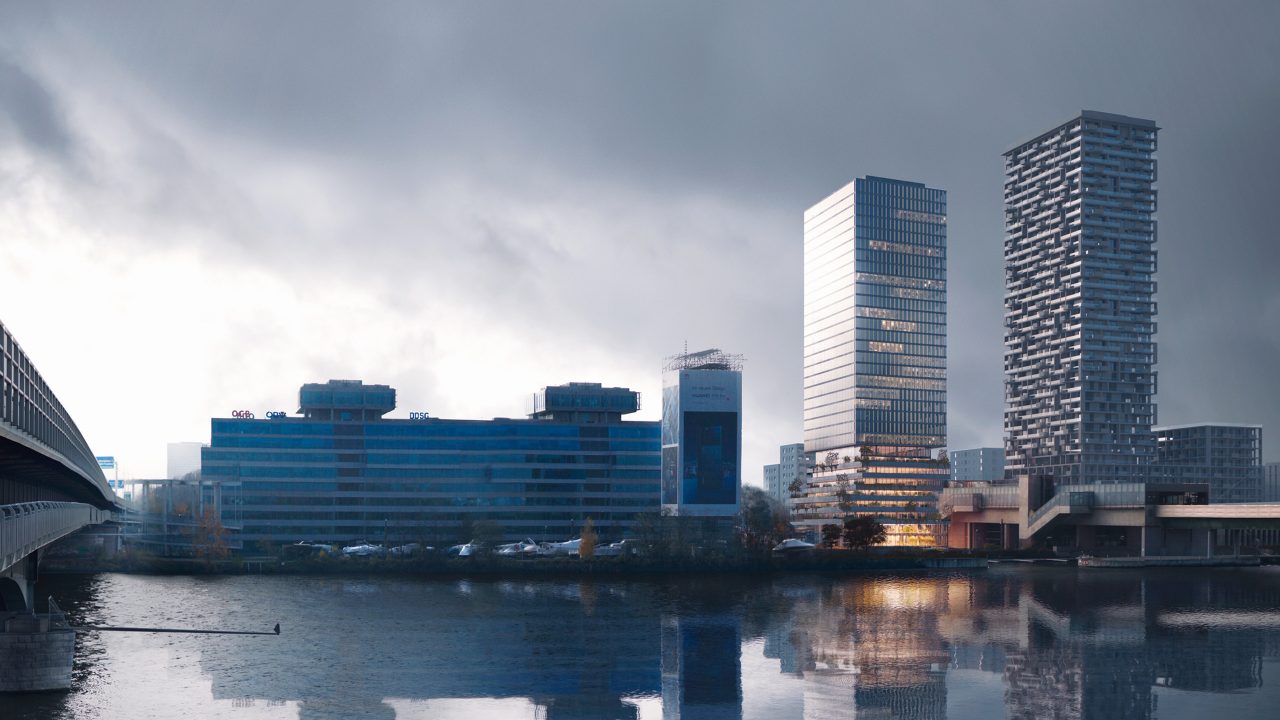 The design of the Donaumarina Tower is based on the idea of ​​using the found property as efficiently as possible, but also reacting to the urban conditions.


The initially simple volume of the tower was developed from the delimiting construction area, in order to then ensure the natural lighting of the surrounding buildings by skilfully adapting the edges.

The further design of the building structure was determined by the differentiated spatial program. The core of the concept is to differentiate between the different levels of publicity and the characters of the functions, and to translate them into an architectural statement.

The skyscraper is divided into two parts, which vary in shape but correspond to each other. The base zone (ground floor to 8th floor) houses the public or semi-public functions, including modern office spaces with space for startups and co-working, while the classic office space is on the upper floors. 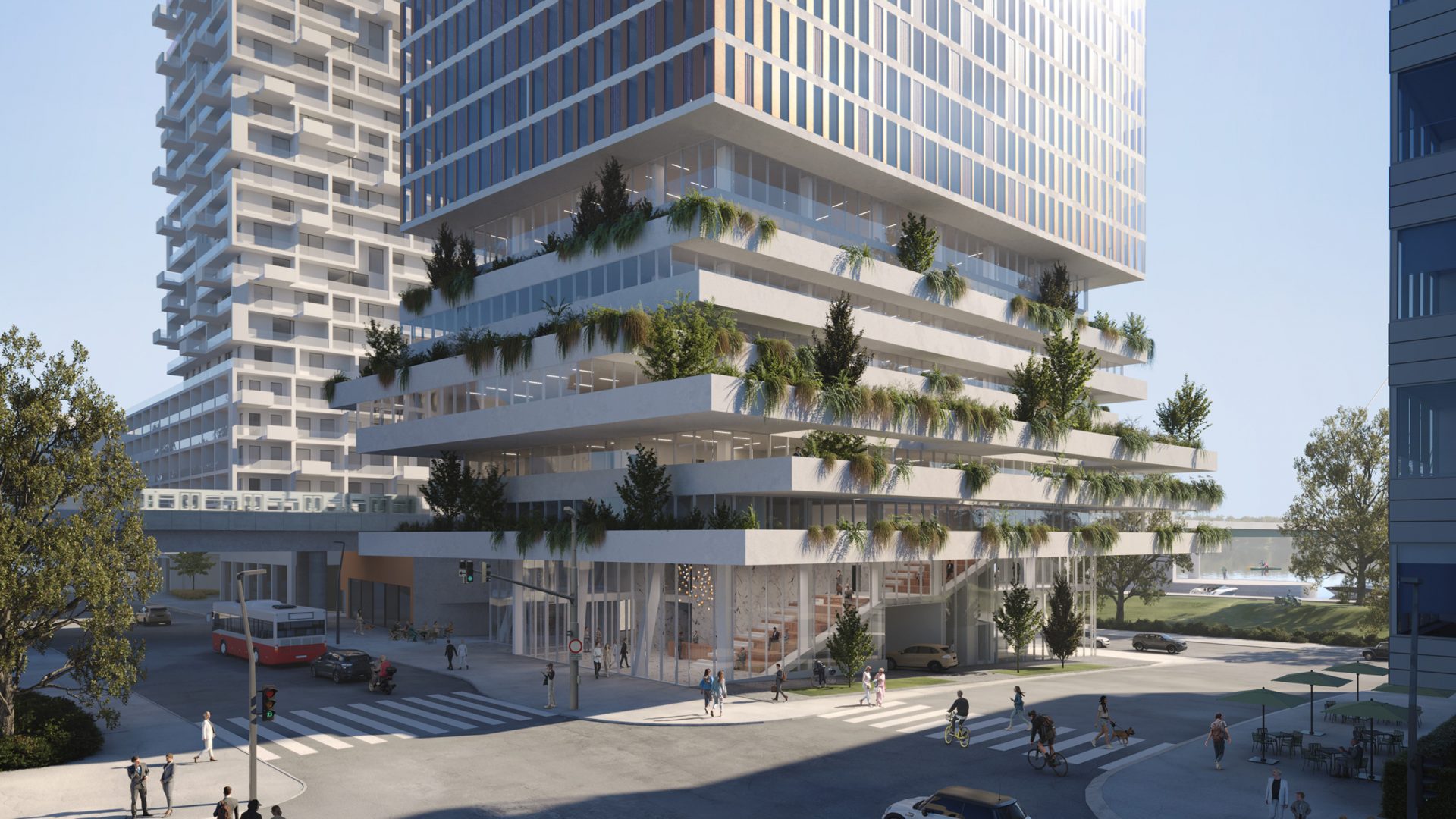 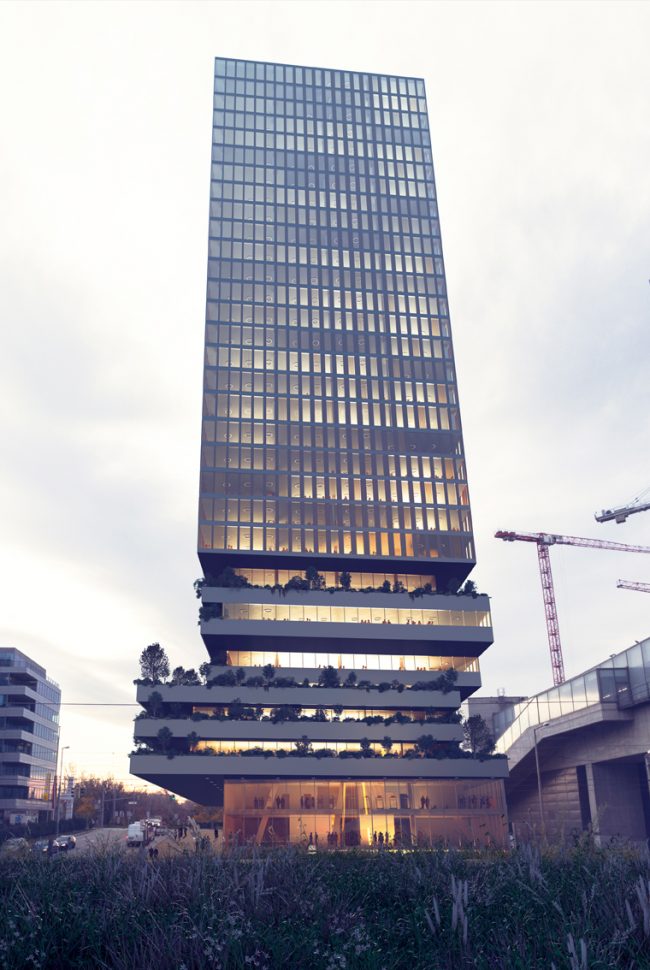 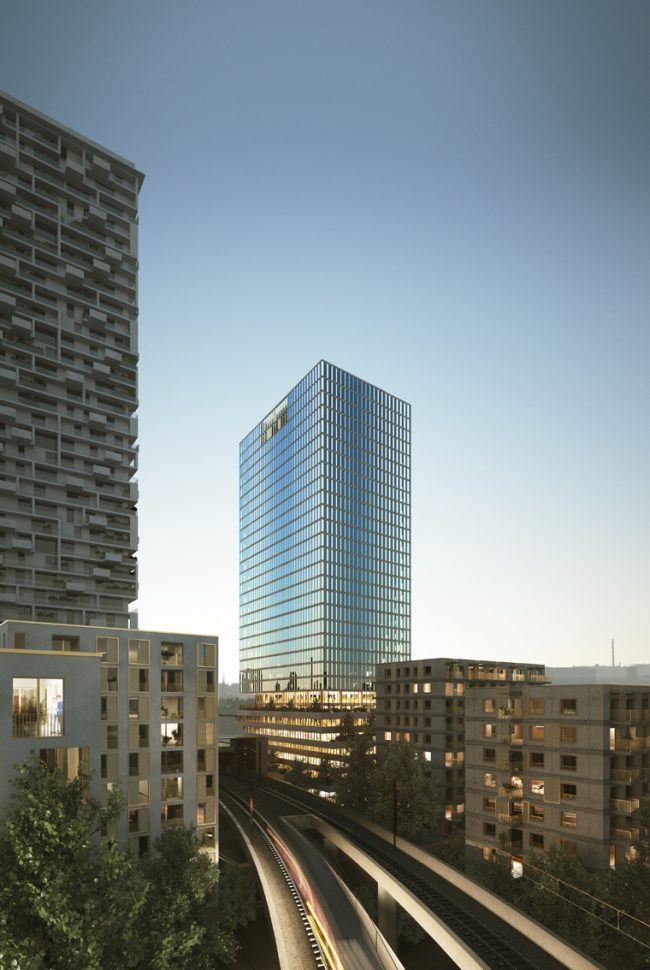 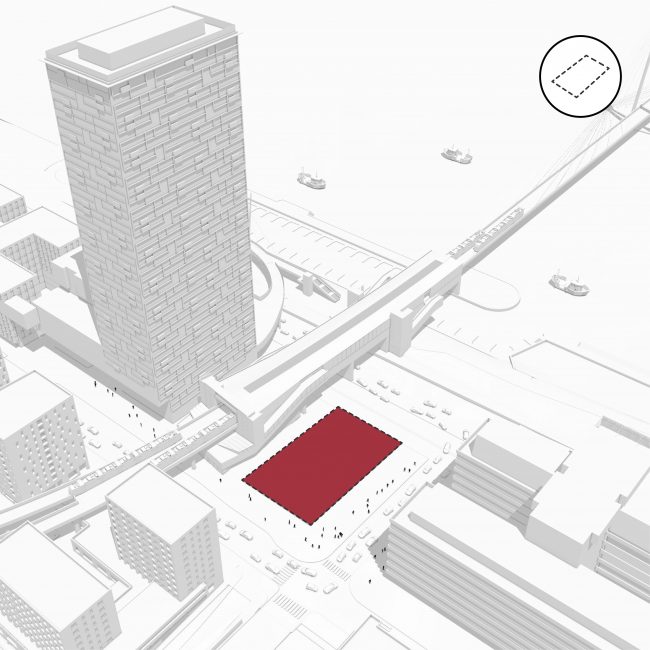 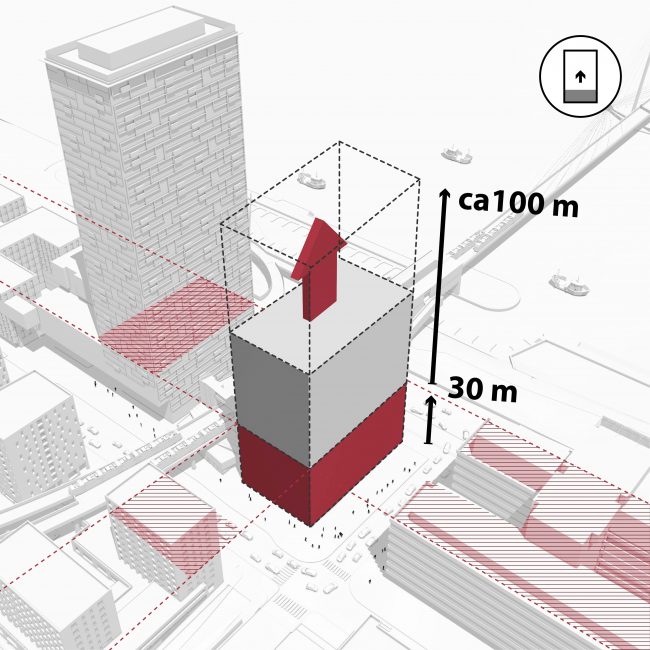 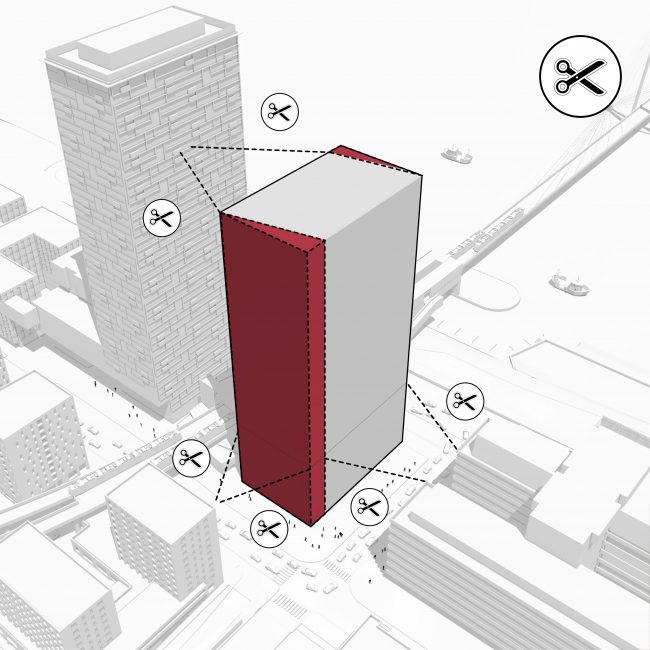 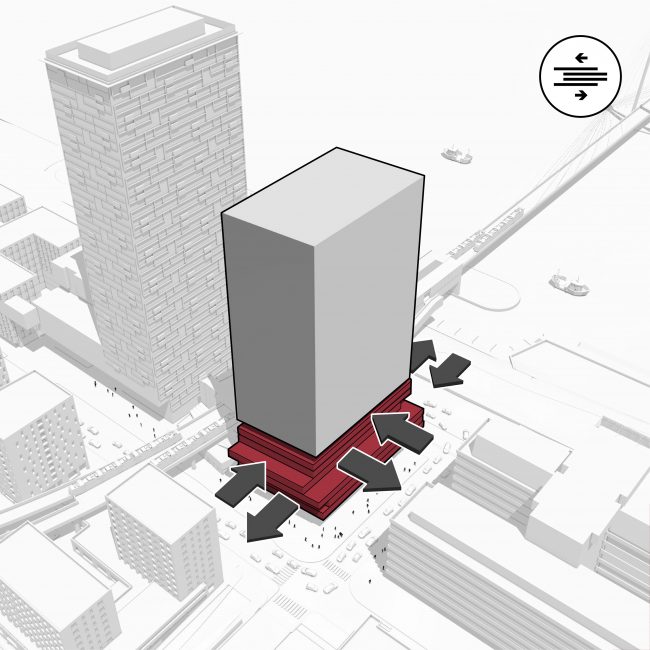 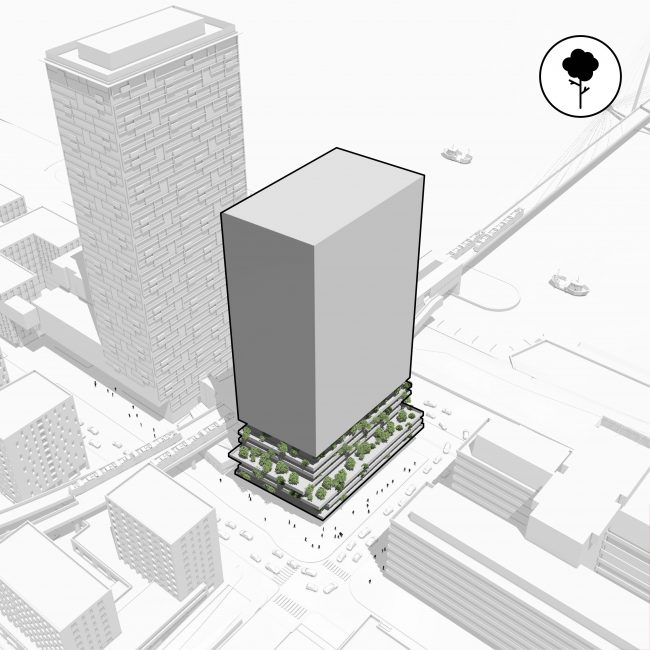 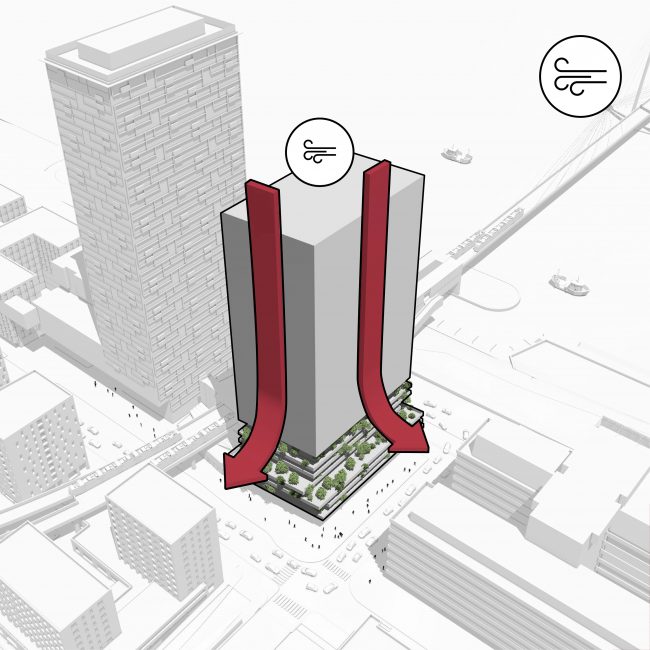